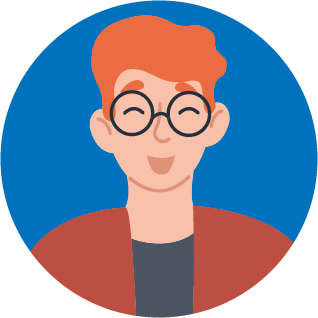 Are you the kind of person who thinks of 100 questions whenever you're sitting in the dentist's chair with your mouth open? What does the apparatus in the corner do? What would happen if you did not brush your teeth for a whole year? Chances are, you don't ask your dentist all of these questions, but you surely do want answers to them. That's where reading comes in handy. This is a website where you'll find all sorts of information on dentists and dentistry. You'll get your questions answered, and you might even discover some new ones to ask your dentist during your next appointment.

You may worry that your gums will bleed during your dental cleaning or examination. Bleeding gums are an indication that your dental hygiene routine needs an overhaul. Here are a few things you should know if you suffer from bleeding gums.

Bleeding gums are frequently an early sign of mild gingivitis. Gingivitis is a disease marked by inflammation of the gums. Other signs of gingivitis include redness, swelling, gum tenderness, and gum recession.

The inflammation that marks gingivitis is caused by the accumulation of plaque around the gumline. This plaque contains bacteria that cause the symptoms associated with gingivitis (including bleeding gums).

2. A Regular Dental Hygiene Routine Will Help You Reverse Your Bleeding Gums

You aren't doomed to permanently suffer from bleeding gums. Instead, make a promise to start a regular dental care routine and stick to the routine every day. Ideally, you should brush your teeth twice a day and floss your teeth once a day at night (before brushing your teeth).

It will take time to reverse the accumulation of plaque. Depending on how much plaque is along your gumline, you may need a professional dental cleaning to remove it. Generally, it takes two to three weeks of sticking to a new dental routine before you start to see a decrease in gum bleeding.

3. Some Cases of Bleeding Gums Are Caused by Trauma

If you feel like you already stick to a strict dental regimen but are suddenly suffering from bleeding gums, know that trauma to the gums is another common cause of gum bleeding. Patients who have injured their gum tissue in a fall or accident may find that their gums bleed when they brush or floss.

To heal gum tissue that has been damaged by trauma, hold an ice pack to your mouth a few times a day for 20 minutes. You should also use an antiseptic mouthwash to ensure that bacteria doesn't penetrate the injured gum tissue.

4. Continually Bleeding Gums Require a Visit to the Dentist

After you've vowed to stick to your dental care routine, if you don't see a decrease in bleeding within a few weeks, it's to visit your dentist. You may have a vitamin deficiency that's contributing to the formation of plaque, or you might need to have a cleaning to eradicate excessive amounts of plaque. Your dentist can help you create a plan to improve your gum health and get your gum bleeding under control.